What Is Microsoft Power BI 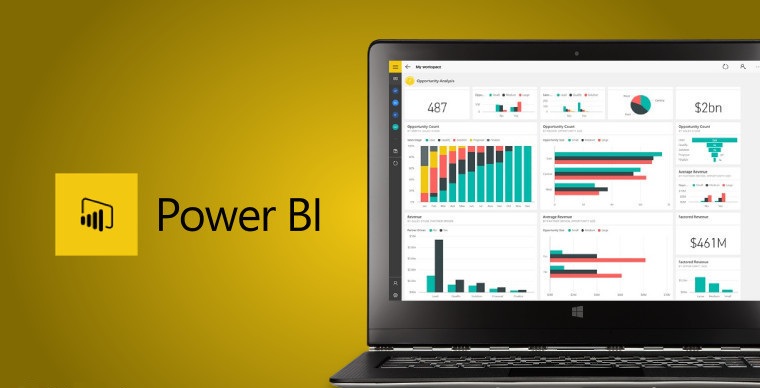 Microsoft Power BI is a business intelligence platform that provides the nontechnical business users with tools for aggregating, analyzing, visualizing and sharing data. Power BI’s user interface is fairly intuitive for users familiar with the Excel and its deep integration with the other Microsoft products makes it a very versatile self-service tool that requires little upfront training.

A free version of Microsoft Power BI is intended for small to midsize businesses owners; a professional version called the Power BI Plus is available for a monthly subscription fee. Users can download an application for Windows 10, called Power BI Desktop, and native mobile apps for Windows, iOS and Android devices. There is also a Power BI Report Server for companies that must maintain their data and report the on-premises. That version of Power BI requires a special version of the desktop apps — aptly called the Power BI Desktop for Power BI Report Server.

Microsoft Power BI is used to find the insights within an organization’s data’s. Microsoft Power BI can help connect disparate data sets, transform and clean the data into a data model and create charts or graphs to provide the visuals of the data. All of this can be shared with the other Power BI users within the organization.

The data models created from Power BI can be used in several ways for the organizations, including telling stories through charts and data visualizations and examining “what if” scenarios within the data. Power BI reports can also answer questions in real-time and help with forecasting to make sure the departments meet business metrics.

Power BI can also provide the executive dashboards for administrators or managers, giving management more insight into how departments are doing.

Though Power BI is a self-service BI tool (Business Intelligence Tool)that brings the data analytics to employees, it’s mostly used by data analysts and the business intelligence professionals who create the data models before disseminating reports throughout the organization. However, those without an analytical background can still navigate the Power BI and create the reports.

Microsoft Power BI is used by both the department reps and the management, with reports and forecasts created to aid sales and marketing reps, while also providing the data for management on how the department or individual employees are progressing toward their goals.

Microsoft has added a number of data analytics features to the Power BI since its inception and continues to do so. Some of the important and best features include:

Power BI was originally called the Project Crescent and was initially available in July 2011, bundled with SQL Server, code name Denali. It was then renamed as Power BI and unveiled in September 2013 as the Power BI for Office 365. Initially based on the Excel features like Power Query, Power Pivot and Power View, Microsoft added features over time, including enterprise-level data connectivity and security options. Power BI was released as a stand-alone product in the month of July 2015.

Today, Microsoft updates the Power BI application with the new features and improvements on a monthly basis. To get the updates, users can download the latest editions from the Power BI site or Windows 10 users can get Power BI Desktop from the Windows Store.

Microsoft Power BI works by connecting the data sources and providing a dashboard of business intelligence (BI) to the users. It can connect with just an Excel spreadsheet or bring together cloud-based and on-premises data warehouses. Data pulled from cloud-based sources, such as Salesforce CRM, is automatically refreshed. With applications such as an Excel workbook or Power BI Desktop file connected to online or on-premises data sources, Power BI users must manually refresh or set up a refresh schedule to ensure the data in Power BI reports and dashboards use the most current data available.

Power BI consists of a collection of the apps and can be used either on the desktop, as a SaaS product or on a mobile device. Microsoft Power BI Desktop is the on-premises version, Power BI Service is the cloud-based offering and the mobile Power BI runs on mobile devices.

The different components of Microsoft Power BI are meant to let users create and share business insights in a way that fits with their role.

Included within Power BI are several components that help users to create and share data reports.

How to use Microsoft Power BI

Building a Microsoft Power BI report begins by connecting the data sources. Users then query the data to create reports based on their needs. The report is published to Power BI Service and shared so the cloud and mobile users can see and interact with the reports. Permissions can be added to give colleagues the ability to edit reports or create dashboards or limit their ability to edit.

There are three levels of Power BI for users: Power BI Desktop, Power BI Pro and Power BI Premium. The desktop version is free, while the Pro model costs $9.99 per user, per month (as of November 2018). Pricing for Power BI Premium depends on the size of the deployment and the user amount.

“The results were clear, professional, and persuasive, and the investors and advisors who have seen the materials loved them. They know what investors want!”